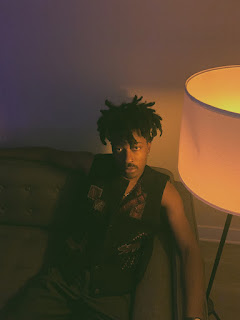 LA-based artist SEB has just shared “god of the sunsets,” his first new song since releasing his debut EP, IT’S OKAY, WE’RE DREAMING this Summer (featuring his breakthrough hit “seaside_demo,” which has yielded 80MM+ streams to date). “God of the Sunsets” is a love song to sunsets; his way of thanking them for always being there. SEB’s creativity, which manifests as a genre-eschewing sound that owes as much to Joni Mitchell as to Tyler the Creator, is largely inspired by sunsets, which he used to watch as a coping mechanism for panic attacks at a young age. “There’s something beautiful, yet so tragic about sunsets; for a short moment at the end of every day, the sky is lit up with brilliance while counting down to darkness at the same time. I try to capture that feeling whenever I write music,” says SEB.
The new single serves as a formal introduction to the character SEB debuted in the lyrics of IT’S OKAY, WE’RE DREAMING (as hinted at in his recent “All Eyes On” feature for SPIN), lending further context to the world established on his last project and paving the way for more music to come. The release of the single comes paired with a zine that SEB prepared, filled with visual art that highlights more of the varied influences on his work, as well as an interview with his mom (the audio of which bookends the new song). In tandem the two help illustrate SEB’s varied background, coming up in Chicago after hopping between New York, Haiti, Oklahoma, and Miami, before making the move to LA to focus on his music career last year.