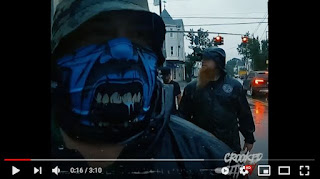 rovidence, Rhode Island based Hip-Hop duo "Crooked City" consisting of veteran lyricist Lord Willin & MC/Producer Wolfman Jeckyll drop new visuals for "Chalkstone," a gritty ode to the group's hometown of Providence. The gorilla-style video shot by Voz gives the viewer a look at some of the streets & landscapes that make up where the two artists were raised. "Chalkstone" is the leading single & music video from Crooked City's self titled debut album dropping on Halloween (10/31)!
Connect on Twitter:
@lordwillin357
@wolfman_jeckyll
@ovrdose_voz