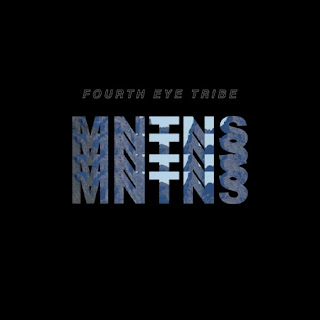 Los Angeles, CA - Music collective and creative company Fourth Eye Tribe is today releasing “MNTNS,” the lead single from the forthcoming debut album, Don’t Try This at Home. Fourth Eye Tribe’s roster boasts over ten members in cities across the country, including Los Angeles, CA; Portland, OR; and New Orleans, LA. Among them are songwriters for GRAMMY-nominated musician Theophilus London, collaborators of Sundance Film Festival award-winning director Phillip Youmans, and members of Emmy-nominated musician Pell’s glbl wrmng collective. “MNTNS” and Don’t Try This at Home prominently feature co-founding members The Adoni and Pro-Lific, two Louisiana natives who are now based in Los Angeles, where the Fourth Eye Tribe network has expanded to include graphic designers, instrumentalists, photographers, producers and more. Since its inception as a hip-hop group in 2012, Fourth Eye Tribe has released several solo projects from its members, but on November 1, 2021, the group will formally introduce itself with a debut full-length album. “MNTNS,” Fourth Eye Tribe’s debut single as a group, focuses on the importance of redefining good success and striving for the elevation of their people, not just themselves. The video was shot in Big Bear, California and features cameos from the collective’s extended family. Each individual’s appearance is uniform and calculated, serving as a metaphor for the collective’s goal to take the industry by surprise. It is the thematic centerpiece of Don’t Try This at Home.
More about Fourth Eye Tribe
Stream “MNTNS”