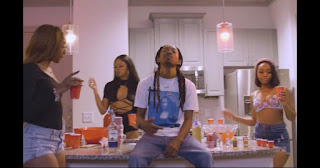 Son Ceaser was born and raised on the West-Side of Chicago. He has been rapping since the 7th grade and always wanted to pursue it as due to his passion for it. Son started to write in high school to build on his musical intuition. As an adult, Son started to take the mic seriously to and beg to follow his dreams and to treat it as a career.

His first anticipated song, "Overtime" was released just last month, October 5th. It was shortly followed by the track "Home Runn Inn" -- which you can both find on Apple Music, Spotify, Tidal and all music streaming platforms.

As for his latest release, Son Ceaser serves up a new visual titled "Certified."
Be sure to get familiar before he makes his next move and watch the official video below now!!