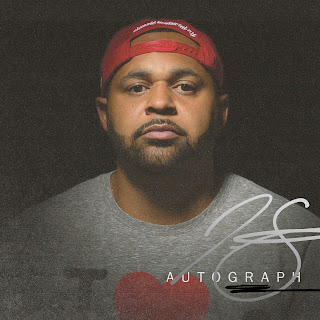 Peace to the OK-Tho/Hip-Hop community. Late or not, I am (as usual) more than happy to review the newest Joell Ortiz album. This latest album is entitled Autograph and out via Mello Music Group. Let's jump right in.
What can I say? Joell himself really jumped right in with the bars and beat selection (S/O Heatmakerz) on the intro track In My Feelings. The title had me thinking your boy was gonna be taking this track in a different different direction. Funnily enough, taking it in a different direction is exactly what Joell does, but just different than my expectation and that was welcomed. I really enjoy the atmospheric tone here and the mood it sets for Joell's tales of him as a younger emcee. I must admit that per usual with Joell, I appreciate all the quotables he drops but am frustrated with there being too damn many to quote here haha. I'll drop my favorite:
Listen I feel like Strawberry at Shea
Whenever I had to bat, y'all saw an Apple a Day
And it still wasn't enough to keep the Doctor away
'Cause, yeah, shortly after that I signed to Dre
Y-A-O-W-A and NWAs own
joined forces, y'all in trouble today
That's how I felt when that ink hit that paper
Then minor league coaching advised me to leave the majors

Uncle Chris Car is accompanied by a tribal-like laced beat where Joell details getting into the drug game, before he became a lyrical dope pusher.

I just knew that One Day was produced by Apollo Brown when I heard that beat come in. Here we get to hear Joell starting to transition out of the drug game and into the game we know him for. He again speaks on his days coming up as young emcee but with more context. It was cool to have the picture painted of young Joell coming as a Hip-Hop head wanting to break in. One of my favorites song on the album.

It's a real feel-good vibe found on Sincerely Yours with production from Salaam Remi. This is Joell flexing a bit here, since his friends say he's too humble. Gotta love the horns on this track. 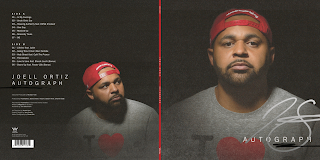 To hear Joell speak with the perspective of his OG status as a man is dope as shit because for a while now, it's been at the point with him for me that I see him as an OG/Uncle that I know via the mic. On this track he talks about being older, feeling older, moving differently/slowing down, appreciating different things, wearing his earned stripes proudly, etc. Another one of my favorites.
"A young one in the slums, where you ain't 'posed to live beyond twenty-one
They look at us as just numbers, on our way to being six feet underBut every now and then one of us escapesand gets to live a life from outside the gatesGod had big plans for lil' old meSalute to those who get to be a OG"

Lifeline is an ode to the lady in Joell's life. He describes a freakin 10/10 partner. She makes him smile, want to be better, check his ego, think differently, and she's a badass. Yet another one of my favorites.

Joell pulls back the curtains of social media on Goin Thru It. We see some people online who seem to have the perfect life but in reality, some of those same exact people and their lives are in shambles off-screen. I can really appreciate a track with this subject matter being made given the age we now live in, and in the middle of what the 2020's have been so far.

Even though it's the 10th track and not the 13th/final track, I'm going to end the review with Therapeutic. I may not be able to relate to Joell in terms of making music (anymore/temporarily) but I completely feel him and know we all feel him when he's says that music is therapeutic.

I'm not necessarily loving this album like I did Monday back in 2019 (wow, feels like a whole ass decade ago lol) but this is without a doubt yet another quality release from Uncle Joell here. Be sure to support it.