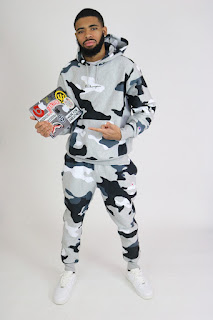 MikeWitDaMac is a producer, studio engineer, and musician who is at the fulcrum of an evolving music scene. MikeWitDaMac is a very uniquely wired musician, who isn’t afraid to break the rules and push the boundaries of our perception with his deeply layered and well-crafted production. Born and raised in Atlanta, GA.

MikeWitDaMac seeks to showcase the talents of others with his music, all while expressing his own musical ideas at the same time. He is also the founder and CEO of Maclord, LLC -- an acronym for Music and Creativity LORD. The company focuses on helping independent artists grow. They run a studio and provide services such as music production, music distribution, mixing and mastering, and music publishing consultation. Mike is also studying marketing and music technology at Georgia Southern University.

MikeWitDaMac draws inspiration from his own experiences to create his sound, and by using his musical acumen, he articulates stories and shared perspectives that will connect with audiences across the spectrum. He combines various unique and experimental sounds with his intricate melodies and dabbles in various contrasting genres 00 resulting in fusions that are still firmly stitched together by emotive undertones. 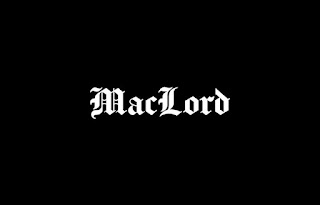 The producer was inspired by his late friend Narquise, who helped him grow as a producer and engineer. His production is influenced by various icons, from all different genres. A few to mention are Drake and his primary producer Noah "40" Shebib -- as well as Future, Young Thug, Justin Timberlake, Usher, Metro Boomin, and P'ierre Bourne. His music showcases his distinct style that takes listeners on a journey through various emotions, that ultimately let's them escape into their own musical world.

His upcoming projects will highlight his passion and love for authenticity and desire to make timeless music. His work will explore various themes, by delving deeper into the emotions that encompass the human psyche. The talented enigma is here to reshape and leave an indelible mark in the industry.

So get familiar with MikeWitDaMac, and be sure to stream all his official releases now on your preferred DSPs.