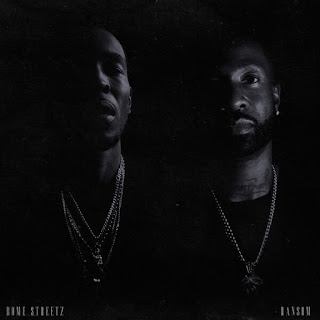 Peace to the Hip-Hop community. Jab here. I'm 5 months late but I'm finally reviewing this what I'd like to call "Non visual album serving as a visual album" from Ransom and Rome Streetz, Coup De Grace. For two of the heaviest hitters so far in the 2020's to come together like this, it pretty much guaranteed that a review (tardy or not) was coming from me. Lets get it. 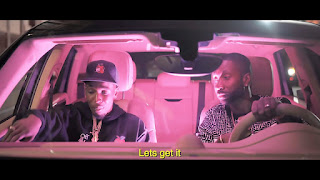 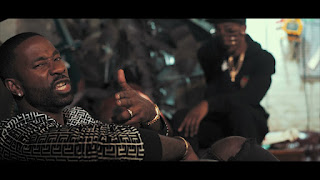 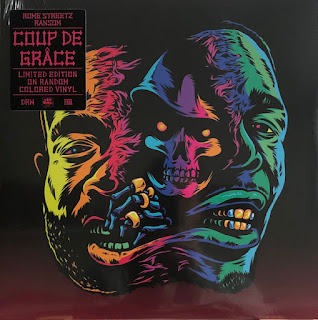 Jet Fuel - I see myself waking up to this, getting in the ride, and slow cruisin' the neighborhood at any time of day - as well as picture myself walking back/forth and through door after door tired, but still moving just like these brothas spit about here.
Silent Murderers - S/O Stack Moolah for the production here. We playing Assassin's Creed with this one - in the form of the storytelling/reflection performed/expressed here by the emcees, and the beat that should have been on play throughout Assassin's Creed Origins. No actual in game audio - just this beat. Some real interactive movie type vibes.
Dark Love reminds me of All I Know. I'm just bopping my head while these brothas ride the beat seemingly effortlessly. Just imagine Gibbs on this shit.
Bandleros is the song that makes me envision something the least - it's more so of a visual trailer which is technically me expressing an envisioning that it fits in to me, but this comes off more in a trailer or even music video sense/vibe which is cool too because it makes the track sound more "realistic" if that makes sense. I love that young upcoming east coast emcee Lou From Paradise and that young west coast representer Tyrant got to shine on this track. To describe this song's content, Rome said it best in the song (imagine (or reflect if you lived it)) "Just dirty dollars and ghetto politics."
Death Becomes Life is the final track of this bad boy. Like Bandleros, this song is one of the least vision-inspiring songs on the album. It's more traditional I guess in the sense that I'm just sitting back and listening brothas speak. Both emcees briefly touched on how not having their fathers involved in their lives while growing up influenced their decision making.
Coup De Grace (to me) is up their with FlySiifu's by Fly Anakin x Pink Siifu for best collab project of the 2020's so far. I'm down with everything from beat selection, the beats flow and the flow of both emcees, the subject matter, the lines/metaphors which there were too many to quote, and how this all comes together for the theme of the album which I also am a fan of. S/O Ran and Rome for serving up one of the more memorable projects of 2021. Stream Coup De Grace below!