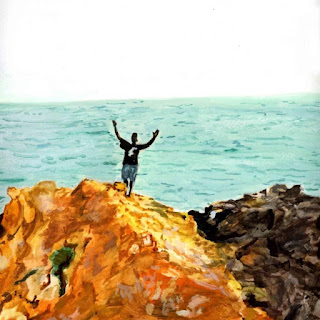 I knew it. I just knew ever since Cold Water dropped in 2020 that Med was gearing up to drop what I like to call "one". "One" is when an artist in my opinion drops a standout project whether it be for them personally or even more far reaching and it stands out amongst peers. For those unfamiliar, Medhane is an emcee out of NYC and is a similar artist to guys like Earl Sweatshirt, MIKE, and Navy Blue (a feature on the album). Let's dive into the album! 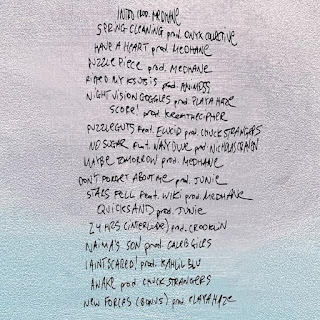 spring cleaning is about venting/reflection, realizations, letting go, watching your circle shrink whether via your own intent or those in the circle leaving themselves.
The soul sample is so catchy on have a heart. It's an interesting contrast here because the sample is literally saying/asking "Why don't you come on, have a heart?" and it feels like that's being directed towards Med because he's cutting certain people, but at the same time he's not forgetting the people who have stuck by his side so he is having/keeping a heart as well.
The beat on puzzle piece is just soothing. S/O Med himself on the production. He was feeling himself on that one, as he should given his growth, the lines here and the fact that he produced it. Animoss produced ripped my ksubis, which might be my favorite beat of his since Molly Ringwald by Roc Marci. Playa Haze produced that luxurious joint night vision goggles.
score! stands out because while the beat itself takes on a different tempo, Med matches that himself with his delivery. This is without question the most technical I've heard Med flow over a beat, even over a beat that is of the same abstract sound that I associate with him/him with. S/O Keem the Cipher on prod.
We get our first feature of the album on puzzleguts ft. E L U C I D. Pro-Era's Chuck Strangers concocted this beat like he knew that E L was gonna be on it or more like he knew it was for him specifically. Maybe he did? Med himself didn't rhyme here. It's typical E L here accompanying his out there delivery with an out there instrumental.
no sugar features Navy Blue. There may be no sugar but this beat is sweet regardless. What I gather from this track is that the process itself ain't always sweet but the reward is and "your tears don't mean weakness, believe it." as Navy said.
(Still of "maybe tomorrow" music video) 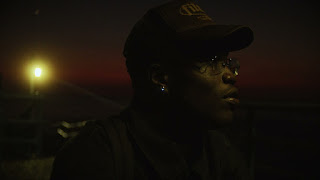 maybe tomorrow - The beginning is a 30+ sec skit about how life shapes the person you will become. Med wastes no time sticking to that theme with an almost immediate quotable being dropped "We tracing memories, a lot to delete." and he alludes to being very protective of his heart because of his memories. The route Med took was not for the weak because it's a roll of the dice.
It feels like listening to a more "traditional" lo-fi hip-hop beat on don't forget about me (prod. JUNIE). Med sounds right home on it.
The last featured artist on the album Wiki appears on stars fell. Wiki is aware of the good and bad that was handed down to him via his parents like overbearingness, caring, and looking at the glass half full and even laughing about it together when his family went with less. He expresses appreciation for both of them and after reflection he realized that some antics were just his family doing what they had to. Wik then proceeds to spit about how serious he and his most committed listeners take his craft.
Med touches on breaking his chains, getting out more, people he needed going missing when the time came, and him "seeing it through". What "it" is that needs seeing through to me (of course) is Med realizing his potential as a person, and as well as an artist.
It really is like quicksand as the title suggests because this track is sweet but oh so short. The samples are almost hypnotizing, and Med's riding of the beat as well as his cadence matches the atmosphere of the beat. Med speaks on how he had to move because they days are just moving on by, as well facing things others run from. Unfortunately it seems that money dries all the tears up.
An interlude comes in the form of 24hrs (interlude). The beat is almost like a lullaby. Staying on the move, following his heart, overcoming adversity, the price of the game, and avoiding haters is what I picked up on most from Med's flow.
naima's son is like a ballad over piano music. Caleb Giles set a nice tone on production. The closest thing to a straight banger comes on IAINTSCARED! which makes it a standout track, and it was produced by Kahlil Blu.
It appears that Meddy is now awake at the end of the album. He's seen people change, he's had nothing, accepted his flaws with grace, kept in mind what Nipsey said about life being a marathon, felt hopeless, tried to be kept out of things he's earned/been deserving of, had some suspicions about the game spawn, and makes sure to give thanks and stay grateful. He ain't alarmed anymore, he's awake.
I don't usually add bonus tracks into my reviews but since this review is 4 months late and the bonus track was originally on the album anyway, I'll touch new forces. Playa Haze produced another pleasant beat here. It's different sonically than night vision different goggles. I'm more focused on Med's delivery here and words here because this beat sets the tone for because while abstract it sounds more "traditional" for Med's specific cadence here. Our man out here getting to it. "It" being some "play", the bag, and rising to the top metaphorically as a person and an artist. I like how Med appears to be firm in knowing where his loyalty belongs. 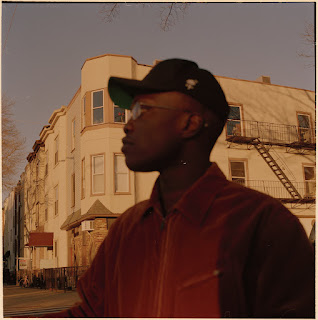 REVIEW SUMMARY:
I'm more than glad to drop a tardy review for an album that lives up to the promise that I heard in Med back on Cold Water.
I gladly bought this album and would recommend doing the same whether you want to take a chance on an artist and sound that you've never heard before, wanted to get some opinions and see if it's recommended, or are familiar with Med but are a little late jumping into him and weighing if now is the time to. I'd say it is time. I'd hope those who enjoyed it bought it themselves if they wanted to and had the funds to do so in support. Reach out to me if you yourself want to own this album but don't have the funds at present time.