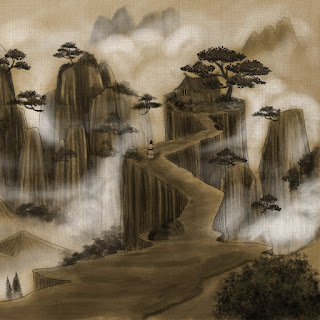 Peace to the OK-Tho/Hip-Hop community. Jab here, once again. I'm here to review the newest project from Noveliss, entitled Book of Changes. This baby was fully produced by Dixon Hill. I'm now reviewing my fourth Noveliss project, while this is my first first Dixon Hill project. Let's dive in!
Empty - Nov really chose the right EVERYTHING here to start this album off. He does this via the lyrics/references, the beat selection (and its atmosphere especially so S/O Dixon Hill) his usual delivery and the track title. To reference Langston Hughes and Lao Tzu is perfectly fitting because from his poetic words, to the zen sound his vocals mesh well with, he really is honoring both men. It really does feel likes he's emptying it all out (or just giving a taste) on the first track. "It All" being his thoughts about himself, his standing in society, (as a Black American) society itself, and more.
Feng Shui was up next. I (would like to think I) grasped the theme of this track (and continuation so far in the album) immediately. All the elements came together again here. This is like the extended version of an anime outro. Samurai Champloo comes to mind. I'd like to think this track refers to Jin from Samurai Champloo, and Nov himself in the metaphorical sense of course while also potentially referring to the listener. "Once you bottle the elements into one energy, protect it" is the theme to me.
Nov himself protects the energy on Loss for Words. All I can say here is just bob your head and vibe to this because it's a 3peat. I fw the cohesiveness. I have to make sure to credit Dixon Hill on production again because I don't want the producer's contributions to go underappreciated.
Ok, so the duo 4peated on Sincerity and Reverence. I find Nov and Hill to be not so much bending the elements but rather restructuring their ("their" being the elements') standing/placement in their intersectionality, or its own intersectionality if you will. Nov confirms this track is indeed about himself via his lyrics and clever references to anime characters that he likens himself to on the mic. This track manages to be a nice continuation of the flow of this project so far while also feeling therapeutic to me. Therapeutic to me and that extends to how I think it feels for Nov, and I'd imagine for Dixon Hill as well. This beat alone could be the soundtrack for an instrumental music video/classic black and white visual. 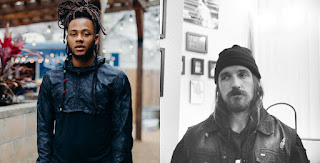 Truthsayer has an atmosphere of blues-hop. This is a rather reflective track that is calm-inducing via the beat even in the face of the lyrics and subject matter that Nov is speaking on. I appreciate Nov's straightforwardness on his point of view living as a Black American. As a fellow brother I can say he is indeed a truthsayer, especially when relaying the too familiar feelings of being otherized and led astray.
The title of track seven may be titled "Escaping" but the quality of this track which is a continuation of the project up to this point is not escaping. This is Nov in the rarest form honestly. I haven't heard him this smooth on the mic since "Stryker" (Mic Swordz, 2016 EP) and "Tales of a Samurai" (Kenjutsu Under the Moonlight, 2017 album).
Spirit Bomb is like a more personal gift from Nov to the listener. He encourages the listener to take his energy if he feels like nobody loves them. This kind of wholesomeness isn't foreign to Noveliss. I appreciate seeing it again.
The duo finds a way to recapture and reset the level of the vibe on Cold Mountain. This more soft, wonky, lo-fi Hip-Hop matched with Nov's flow just flows well. It really felt like the second to last turn before the end of the ride but it also felt like it could be the final track.
This is yet another quality project in Noveliss' catalog and a welcomed introduction to Dixon Hill for me. Stream "Book of Changes" below.