Navy dropped one of my favorite albums of 2020 with Song of Sage: Post Panic, so I was excited to see what he'd do with this album! Let's jump right into the review. (I speak on 11/16 of the songs) 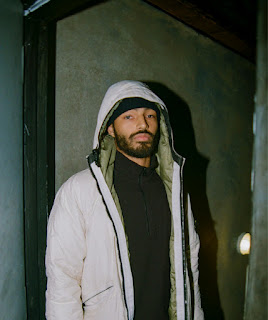 Light had to be the title of the opening track because it just sounds like something you hear on a bright and sunny day. Navy speaks on emerging from his self-made prison to now being out in the open, in the light.
The beat on Code of Honor is almost hypnotic. There are two more tracks on this album that remind me of the beat here, but they're not hypnotic. The subject matter here is about freedom. Freedom of internal/self-oppression as well as external.
My Whole Life comes off like an ode to Navy's folks. His kin, and black folk in general. I really came to that conclusion with Navy gave props to Mavi for saying "Niggas built this nation, we can break it."
Peach Cobbler off its name alone took me back to Aunt Gerry's Fried Chicken off the last album. My eyebrows raised with surprise and "approval" when Navy said "Navy came from socialists. I'm reading all the Marxists."
Remember what I said about two other tracks on the album sounding like Code of Honor? Petty Cash (ft. Demahjiae) is one of them. Straight head-boppin shit. Both emcees exude security in what and how far they've come, as well as what they've earned from it.
(Below is a still photo from the Timberwolves music video) 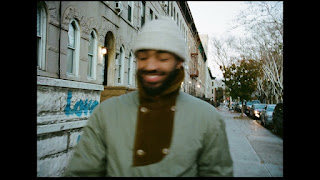 I'm stank facing at Timberwolves. From the flow of the beat, Navy's flow as well as cadence in his delivery, this baby rides. The ancestors are going to ride as well as Navy says, and they'll ride for him. I feel him.
Shine is the title of this baby, but the beat is rather dark. It's cool to see Navy flow on a more "traditional" kind of beat in terms of its flow, drums and bass. Sage makes it a point to tell the listener to not stay in the dark too long, and to shine. I didn't even notice the contrast between the message of the song being about shining or the light, and the beat itself being the opposite. Whether intentional or not I like it.
It gets taken a bit lo-fi/chill-hop on WGOWM. "I regret never leaving me alone." I feel ya Navy.
It took more listens to the album for God's Magnetic Pull to click with me. Navy recognizes his own mortality and praises the most high.
Primo is the third of the tracks that remind me of each other (Primo, Petty Cash, Code of Honor). I actually heard a little primo/preemo in the other 2 but for this one to be titled that is fitting because it is the most preem-like in my opinion. Keep going is the message of this song.
I also needed more listens for Heavenly Twin to click for me. Listening to it now, I don't know how. Navy speaks on how his family recognizes his growth as an artist, his relationship with his father and sister, and his growth as a person. This could've easily been the closer track.
While it doesn't resonate with me the way that Song of Sage does, Navy did it again here with the Reprise.