ForMySkyz - How To Heal (Official Video) 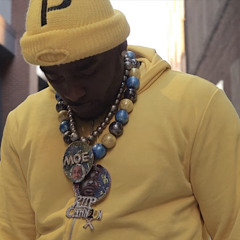 Harlem-born, Bronx-raised, (NY bred) artist ForMySykz has grappled with feelings of loneliness but has persevered via his creative expression. Sykz displayed a rather convincing and impactful self-written performance on social media one day, one that brought him to tears. The feedback was one of a genuine resonance with/from varying audiences to the point that the performance now has amassed over 2 million views. The afromentioned piece of art is titled "How to Heal", which encompasses Sykz's battle with pain, loneliness, misdirection and tribulations.
Possessing the awareness that we all heal differently, Sykz's asks listening audiences not to tell someone how to heal but rather show love and support. Before it's official release, How To Heal garnered over 1.5 million plays and over 1.2 million streams on TikTok with no marketing push. Now, ForMySkyz unveils the official video for the track, which you can view below as well as find ForMySykz's links.
https://instagram.com/formyskyz https://twitter.com/formyskyz https://tiktok.com/@formyskyz https://music.apple.com/us/artist/for... https://open.spotify.com/artist/5yU99... https://listen.tidal.com/artist/12285088