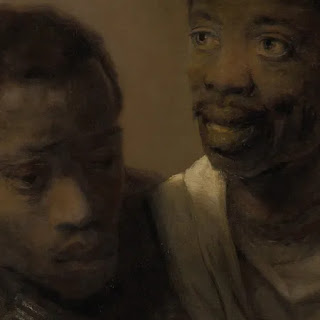 I was first introduced to billy woods when he dropped Known Unknowns in 2017, but was first made aware of him due to the praise of Today I Wrote Nothing in 2015. Since then I've been up on his solo, collab and Armand Hammer (he and E L U C I D) work. I was first introduced to Preservation via Eastern Medicine, Western Illness dropping back in 2020 which I still believe to be one of the better releases of that year. Now both have come together to drop Aethiopes. I jump into the depths of this album below. 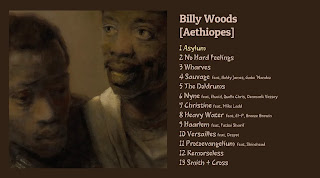 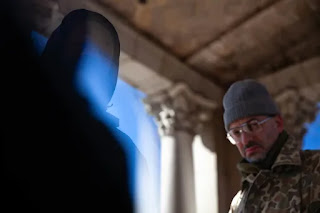 Mike Ladd is ft. Christine. This was like the "calm" after and before the storm. I cautiously say calm because it's calm after the storm of the last track but I'd imagine what billy deals with on the inside is far from calm given he speaks on his parents arguing, being in and out of good/bad dreams, run ins with the law, etc. The "calm" he maintains through all of this is admirable and serves before the storm to come that is Mike Ladd's verse. The beat itself towards the end storms up a bit, and Mike's intensity/attitude and detail storms up as the verse progresses while he still remains calm.
We arrive at a track that I was an immediate fan of on my first listen with Heavy Water. The beat drew me in. This song features El-P and Breeze Brewin. I must admit that I'm only so in touch with what this track is exactly about. Given the title and the bombardment of info, subjects, and references, I'm going to go with this track serving as a heavy supply of water to drink.
My man's Fatboi Sharif was ft. on the next track Haarlem. I came to find out that this track references the city of Haarlem located in the Netherlands. Par for the course given the artists, I'm getting an anti-imperialism vibe from this love. BASED. The 2nd half of the track where there is a beat transition really drives that vibe home.
Versailles was another track that I was drawn to on my first listen. It's anti-capitalism/tyranny here. For Despot to be featured is perfect. Great production from Pres.
Protoevangelium ft. Shinehead is a bit of a standout track. Protoevangelium is a 2nd century infancy gospel telling of the immaculate conception.
I see how your man move all him raps is null and void
Disregarded
The game thick with con artists and hucksters
Flip a cardboard box, three-card monte social justice
That's a no for me beloved and the rhymes are mostly rubbish
I get it
Tryna pay the rent, but that's not black empowеrment
That's you tryna pay the rent
Niggas got a lot of nеrve I'll give 'em that
But I don't believe a word I see through the act
I see how you tryna switch up the past
Before you come for me brother make sure you stop for gas
[Bridge: Shinehead]Who the cap fitsLet them wear itCheck it outNow there's a bomb at the end of this fuseAnd now we bringin' it to you live, Ghetto Network NewsLive if you wanna liveNow you get what you want, do you want more?Now you get what you want, does you want more?
The cold felt on the beat of Remorseless itself is remorseless, as well as how matter of fact billy is on the mic and the subjects he touches on are like talking about how cruel the world is and how it seems it just ain't gonna get better and that you may as well get what you want from/on this cursed earth yourself.
Smith + Cross is a beautiful, well placed outro track.
I must sit with this album and unpack it even further. When I'm more satisfied with my takeaways, I'll record my video review. With that said, in terms of where I am with it for now, this album stands as yet another appreciated conscious effort from billy and Preservation. Stream below.