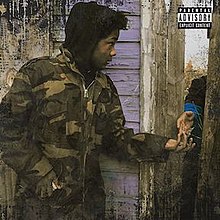 Y'all already know what it is at this point. Right into it we go! 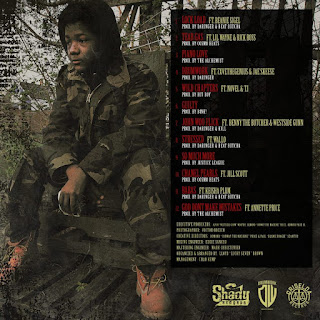 Lock Load (ft. Beanie Sigel) sets the tone for the album while also continuing what we know about Con being in the streets in a different way back in the day, and now he's in them in a different way. Con expresses how his folks think he's going crazy but he can't give a fuck anymore since being shot, and he keeps it on him the same way did before the shooting. It was cool to hear from Beanie in 22. The darkness was breathing through this beat.
Con brings in Rick Ross and Lil Wayne on Tear Gas. Con touches on how his story is far from finished, how he looks out for his own, and how none of the dudes who said they loved him were there for him on more than a few occasions. The features were cool and didn't overshadow the Machine. 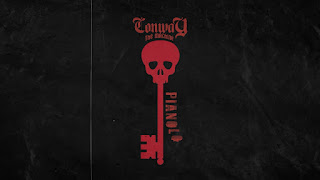 Back to a dark, piano laced beat on Piano Love. Classic Griselda sound but it's Al the Chemist on the beat, who might as be seen as an associate MANY a point ago. What can I say? It's that street shit. Con salutes every solid cat out in the streets.
It's Daringer himself on Drumwork (ft. 7xvethegenius & Jae Skeese) - Damn. 7 was indeed 7ess flow on the mic, Jae as well and you know the Con was. This track was like watching all emcees brush off their shoulders. That's the energy they brought.
Wild Chapters (ft. T.I. & Novel) takes a reflective pace. Prod. by Hit-Boy. Con gets personal talking about coming up from the trenches, how he did some real dirt, his son passing, having another kid, and wondering how he's supposed to be a proud rapper. Tip per usual at this stage in his career especially is on some OG shit, giving some game. Novel's cadence fits this rather somber beat.
Con acknowledges his own guilt but also shines some light on others on Guilty. He calls out folk focusing on his appearance rather than his lyrics, and how they're too pussy to go through what he's been through so they fear/reject it. Con also makes it a point to acknowledge his positives, like how he's come up, how he moves on the mic, and this album.
It really is GRISELDA on John Woo Flick (ft. Benny & West). Kill helped Daringer mint this one. All 3 emcees touch on how everything that comes with the game is nothing to them because they seen so much shit via the other game that they ain't phased. 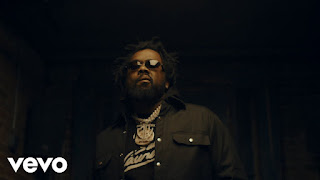 I really got to see another side of Con on Stressed (ft. Wallo267) Con is trying his best to be there for himself and his but it all piles up. He's already done so much, people have forgotten that stuff, people feel like he owes him, he's depressed like his woman is but she don't know, alcoholism, he's tired, his shooting and the surgery, homies dead or in the hole, his cousin hanging himself, holding his passed child, etc. We all goin through it, even our favorite emcees.
It's a another change of pace on So Much More. Con knows that he's more than just another rapper, a street nigga, etc. He doesn't want listeners to get that confused, or listen to one side and not his, or take things out of context. He was out there feeding families during COVID, giving to coats for kids, hot meals for the homeless, coming out his own pocket with no promotion from anyone, etc. He didn't sell his soul for what he has now. He even gives game on 360 deals fuckin rappers.
Con got the legend Jill Scott on Chanel Pearls. This track is an ode to the woman in his life that stood by his side through thick and thin. It's a throwback kind of track to hear Jill spit and then sing.
Babas (with Keisha Plum) - This was like the calm before the "storm" to come. It's a bit of a foreshadowing that could've been the first track given how fitting it is to the theme of the album.
For the last track God Don't Mistakes to be the title track is cool to see. It's like a culmination. It all came together for Con in life and it's an extension being shown here at the end of the album. Everything he been through, maybe it was supposed to happen, God don't make mistakes. A lotta what if's about his life come up here. Like what if it was him that went out that one night, or he was still on the corner and he was the one who got busted by Feds, what if he was the one who got clapped, what if he didn't walk out of the hospital, or didn't have Bell's Palsy, what Griselda didn't blow up, etc. 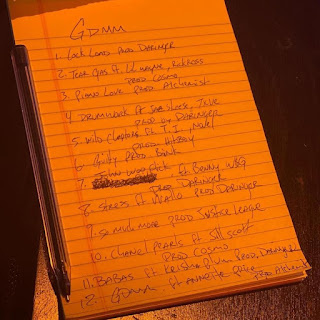 This may be Con's best work. Other albums carried the same fire but they didn't come together like GDMM. Now I feel like I "know" Con, even more so than Benny and West. Stream GDMM below.