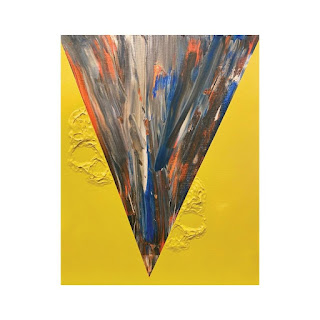 Peace to the OK-Tho/Hip-Hop community. Jab here, once again. Y'all already know who Lupe is. Let's jump right into the review! 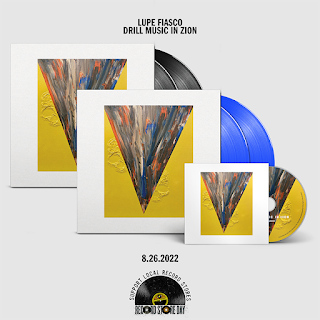 The Lions Deen (ft. Ayesha Jaco) - Ayesha is Lupe's sister. Drill music, pop that pill music, kill music. It all contributes to the degradation of Black Chi. More death. Lions became alley cats who traded in their baseball bats for gats that spats the blood of young men all over the multiple concrete jungles. This is an ode to blackness.
GHOTI - The somberness of the beat matches Lupe's cadence and subject matter. I love the Assassin's Creed references. The beat sounds like something Altair or Ezio would/SHOULD be roaming to. It's the 2nd verse for me that does it. So many quotables.
Assassin's Creed, lasso to the hammer squeeze (I see your color)Thor and Wonder Woman, battle at the apple treesOr likе Adam-Eve happened at a ApplеbeesY'all can go half on a sample platter you can have with cheeseBattered covered data with the added teesGiant leaps, beware where that landing ladder leads'Cause you can walk up thereBut don't take off your mask, and try and talk up there, yeah'Cause ain't no screams in spaceEgyptian museum, they keep the kings in cratesThrones out on loan and they keep their rings in safesYou decide, apple pie or the fries come with the snakeProsperous gospel, got choirs all on the casePoverty pimpin' angel wings, flies all on her faceWave a K until they die and then ride all on their wakeShooting Trakk on the track, I ride all on the freightsLike I'm shoestring, they say you can't escape when richIt's just a bigger plate, they catching bait with fish
Genius Annotation below

“GHOTI” is derived from a popular joke regarding the English language and its phonetic inconsistency. 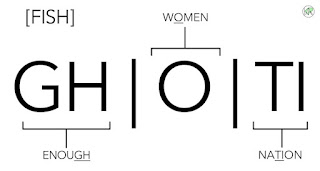 AUTOBOTO (ft. Nayirah) - A banger, but not drill. He flexin. He's standing up for himself per usual. He defends himself in all the courts whether it be in Hip-Hop/socially, personally, etc. Nayirah began singing after the beat transition.
PRECIOUS THINGS - The subject matter here is about how (some) of the precious things that we love and cherish have a way of turning on us, like friends. Lupe touches on gentrification and the unfair treatment of black folk when he says things like how WE aren't used to write the raps anymore and "It's like you couldn't do more to keep us out them handcuffs. It's like we only matter when fans is putting they hands up."
KIOSK - Lupe offers a different POV to a young brother who is in the mall looking for something to flex, and who may want to rap. He let's him know of the evils of capitalism/consumerism, deceptions, how essential social responsibility is and how the rap game ain't all it looks. He let's the brother know that everyone is equal in the middle of the mall from the princes, emperors, criminals, and even the rappers and ball players. He later touches on societal phenomenon's. Not much of a beat to speak on here. It's almost like poetry over piano. 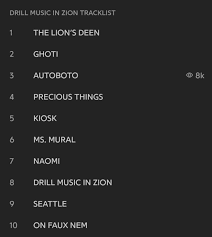 MS. MURAL - Lupe really brought out one of his bigger brushes for this, being one of the longest tracks on the album. He touches on the lack/destruction of soul in various forms of art today while relaying it via an interaction between a painter and a patron. The quotables are endless.
"If you had to paint the gutter, which color would you choose?"Said the patron to the painter, the painter said, "The blues""Do you act off intuition or languish and peruse?""More like tap into tradition from the angle of my mood"
Not to sound shamanistic, but there's medicine in paintIt gets kinetic if you let it, there's a fetish in its strength
A selection of the waste that lacks direction or a baseYou lose all of the plots for the affections of a raceMan does not become superior 'cause you connect him to a capeNor does become inferior because you connect him to a ape
I never wanted my life to be a collection of some datesAnd holiday my days away and intellectually sedateIt's not really a beef but conceptually it's steakLike do genitals and gender roles successfully conflate?
NAOMI - This beat sounds like what I've come to expect Lupe to flow on. Even Christ took a knife for the team. Malcolm's rhetoric amongst other things got him watched and killed. Lupe uses these historical examples as a way of touching on how there are folk out here "they" who want a slice of your dreams, and that we need to protect ourselves and our energy while still being willing to take one for the team.
DRILL MUSIC IN ZION - Lupe just wants change/an end to (the reasons for, especially) drill music in Zion. He talks about metaphorically and literally running out of water while also questioning authority, pondering a conspiracy theory, thoughts of replacing a Congress, wondering of the price of a conscience, etc.
These episodes of the soulMake me cold, pass the 'mote controlCan you make a hole forAll the drill music in Zion?
By the 2nd verse, he gets rather cutthroat about his frustrations in regards to inequality, and I'm WITH IT.
Now there are those that resoluted to wreckGot caught, fought, lost, electrocuted to deathCame a little late for the rescue and the fleshDNA exonerates posthumously whatever's leftNo resurrection but reputation's correctThe revelation brings decorated regretsAll due respect, it's not really about fairCollective sigh 'cause the real killer's still out thereProbably calling up policeComplaining 'bout his neighbours or just walking on the beachWhy should he have such views of the ocean?And not be hanging from the gallows with his neck neatly broken?
I let it soak in, then I put the soap inThen I put the boats in, then I play with both themThe hot tub's now lookin' like a yacht clubMakin' sure I get all of the shoes like a bot doesNeighbor is pissedTells the cops "if he wants to bathe like a sailorLive on a container ship"I party all night and the bangin' is intense'Cause I know exactly what you didAnd you gon' pay for it, you bitch
SEATTLE (ft. Nayirah) - We're back to a bit of a banger but again, not drill. The beat is a bit melancholic. The importance of self-improvement and integrity is highlighted here. Lupe flows about how the two subjects are essential for him to keep his promise to the streets.
To see my vampires in the sunlightTo look my eye, right in the sunsAnd bring all my knives to the gunfightsOne life, live a hundred waysBut never break it down like gum bitesIf done right, you'll be unliked, but you'll be unlike
ON FAUX NEM - Lupe closes the album by expressing that he hopes that the lyrics that drill rappers spit are just lies, and that none of it comes true. "Rappers die too much" is literally the first verse.
2nd Verse:
Yeah, silent reflection was the first verse's missionI ain't want to water it down with a whole bunch of conditionsJust give it to you raw how a nigga really feelin'"Rappers get shot too much" probably has a lot more precisionBut that was the dеcision, and with that, I'ma stickI don't really support niggas 'cause the shit bе making me sickLook at what we say in this bitch just to get richShoot a nigga right in the head, don't even flinch
On the 3rd verse, Lupe briefly talks about seeing the world but it's what below that makes this verse for me.
I wish that they was lying in they rapsHow does that transpireTo be so damned by God, you want your friends to be goddamned liars?All we talk about are our goddamned priorsShiny metal boxes on top of goddamned tiresI'm goddamned tiredIf I say I didn't indulge, my pants would be on goddamn fire'Cause I'm a part of the problemSometimes the P-, sometimes the -roblemFame, all in the name of martyrdom (Yeah)I wish that you were lyingWhat's the difference between a posthumous albumAnd a life insurance policy?SpotifyA dollar's worth what a dollar buy, go monetize
and then the 4th:
Giving you a fourth, wanna make up for the firstOnly 'cause I know that you can take another verseWant the Quran to be a lie 'cause Hell sounds like it hurtsAlso want it to be real 'cause Heaven sounds like it's turntWear my conscience like a condom 'cause I don't wanna be burntWear my dharma like its armor 'cause I don't wanna returnTo the wheel of the quivering meat conceptionSometimes I hide inside Kerouac for protectionFrom the Thanksgiving where bears attacking the dressingLike Tekken, just lean back and tear into that refreshmentSometimes real life parallaxes in depressionThat's realMaybe not lie, maybe just chill (Yo)Maybe not die, maybe just kill (Wait, no)Maybe survive making a mil'Greetings wavy but wavy don't make you a Navy SEAL 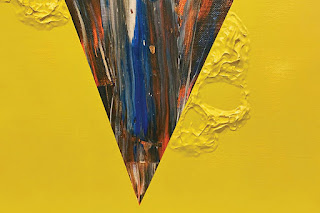 Lupe dropped one of the better/best albums that his discog has to offer with DMIZ, his best since T&Y now that I think about it. This socially conscious album is needed/essential in these times, not just for the Chi but for all the concrete jungles across Black America as well as for the Black folk around the world. Good on the OG.
Stream DMIZ below.