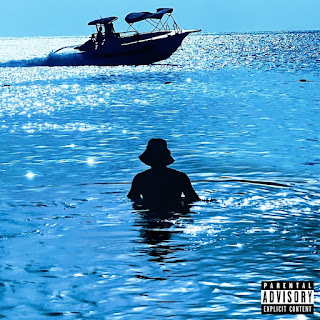 VONDO jumps right in the deep waters and feels fresh with his new album that is titled just that, Deep Waters. VONDO also feels fresh because he bears a new moniker, as he formerly went by Von Prospa. VONDO sets out to assure his fanbase that nothing has changed but his stage name while/by also keeping it fresh to them and potential new fans with his new 10-track project.
Sometimes to get where we want in life, we have to take that [deep] dive we've been scared to take. This is the premise of the project - facing the deep waters. - VONDO
VONDO sets the tone on the mic as well as behind the scenes by producing six of the ten tracks. Other production contributions were made by Lucas Quinn, Flavr Boy, Lollini, KXVI and Karn Beats. Fellow NJ-native Noah was the only spawned feature, appearing on "Lived It Well"
"Deep Waters" serves as a pleasure of a listen from front-to-back that showcases VONDO'S vintage artistry growth as an artist while also leaving a hint of what's to come under his new alias.
Stream Deep Waters below and follow VONDO on Instargram @iamvondo for updates on what he's got going on.