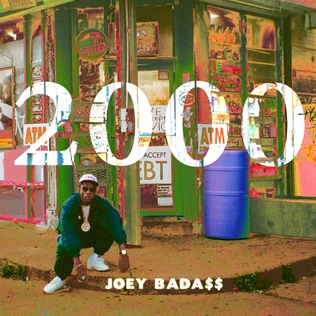 The Baddest - Joey is poppin his collar, knowing he can take 5 years off because his shit is timeless and that he can rely on his core while other artists rely on their label. He claims that he, K Dot and Cole are the top dogs. He can smile because he came along way from frowns. The beat is calm and reflective and he matches it with his tone/delivery.

Make Me Feel - Here Joey is thinking about investments since he can now. "I want it all, fuck a reparation." He knows that Steezy is looking down, smiling. The beat is an upbeat one.

Where I Belong - Head bobber. Joey stays where he belongs, on the set, and talking to God.

Brand New 911 ft. Westide Gunn - Another head bobber over a jazzy beat. Lavish shit. Joey is looking at it like "why not" as far flexing and enjoying himself since he had to take shit from people and also had to just take what he has since he wasn't give anything, so he don't care who accepts him. West did what West does on this joint.

Cruise Control - Gotta ride in cruise control, meditate, stay focused because it's cold out here and he's always on his toes and doesn't know where he's headed, but he knows what he wants and that folks out here hating and may try something, like try to take it from him or his life. Even got Nas to up him at the end of the track. What a cosign.

Eulogy - Just lookin' at my generation

Overdosed on blue pills, caught up in the MatrixGotta spread love, though, 'cause it's a lotta hatredKnow it's a marathon and these motherfuckers racist
A eulogy to his generation? The game? The World? 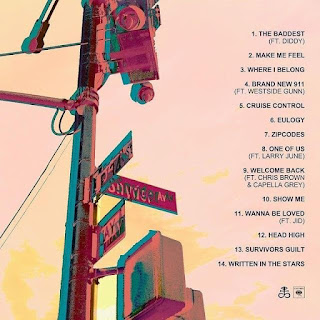 Show Me - Love. Here Joey is talking to a love who wants him back so he expresses how you can't spell trust w/o us, telling himself and her to put the lust aside, and just discuss - to take their time. He says that he won't judge so she can just be transparent because it's his love language any way, a far cry from when it used to drain him to be.
Wanna Be Loved ft. JID -
What more do they want from me? (What?) Demons, they been hauntin' me (Yeah)
Satan tryna offer me a deal that's gon' be hard for me to say no (Fuck)Battlin' these evils, it's a struggle every day thoughBitch, I'm finna die about it, where the fuck my halo? (Bitch)Surrounded by my angels (Right), they cover every angle (Facts)Back up on my feet and now the Devil tryna tango (Yeah)Sometimes the pot of gold is the rainbow
JID speaks about how (it's) "A cycle we gotta break or we just run in place." in regards to lacking love, expressing, giving and receiving it.
Head High - Joey expresses having to keep your head high even in the face of trouble because you're blessed to be here, and never know when you won't be. He gets this perspective via coming from a place lacking happy ever afters. He touches on getting to know XXXTentacion, how he could talk about anything with him like a true friend, constructively critiquing his album and how he took it constructively.
Survivors Guilt - Ode to Steez. Opening audio skit of him expressing that people need to be more open minded, stop chasing materials. Joey raps all about him - How they met, how he struggles w/o him, how he couldn't even be here w/o him and how you don't know Joey w/o knowing Steelo. He sheds tears when people blame him for Steezy's death when in reality, Steez lacked mental health but back in 2012 it wasn't a topic like it is today, where Joey can just speak on it openly.
Even amidst their problems, they're still brothers and Joey feels partially to blame for his death because Steez had no one around him when Joey caught a wave, so Steez started drowning. He tells Steez's fam that while he understands their emotional trauma, them stabbing him in the back and saying he isn't as he presents himself is fucked up. He also says RIP to his cousin Junior B who died 2 days before his own birthday. He expresses being thankful to be alive and how he lives for his fallen loved ones. Ab-Soul sends the song off with a skit.
Written in The Stars - It's like all of this, his upbringing, his career, was written in the stars for Joey. Live instrumentation to close the album. Dope.
Stream 2000 below