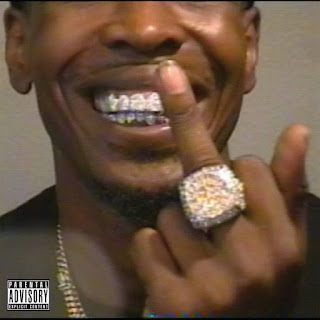 After being familiar with Rome Streetz since Headcrack back in 2019, he's come this far so far and has dropped his debut album on Griselda. I reviewed Noise Kandy 4 in 2020, the Coup De Grace collab with Ransom in 2021, and now I find myself having to review his latest effort, KISS THE RING in 2022. Let's dive right in. 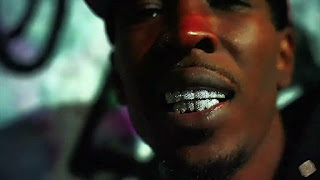 Big Steppa - Little did I know that this track was one of many big steps to be taken on this album. Just the first, the takeoff.

Heart on Froze - Everything is cold: The beat especially but also Rome's attitude/heart, delivery, etc.

In Too Deep is that early-morning, first track of the ride shit. Here Rome expresses the wisdom of talking less than listening especially when you're in too deep, have something to lose and have to watch those around you. In Rome's case, it's been that way since the dope game on the street and now it's that way in the dope game on the mic. The last minute of this track is the POV of a brother in the hood explaining how it is there, why, and encouraging those in the hood to save instead of burning their money.

Soulja Boy (ft. Conway) has a way of taking me back to Noize Kandy 4, my first real intro to Rome. These brothas been out here, soulja boys in the game, always working and trying to rank up. The way Con is spitting on this track, he should've been on Heart on Froze because he ain't showing no love to these rap niggas. Ngl, he had me crackin up being so emotionless about it.

Tyson Beckford just sounds like the streets. "Mad niggas died when fentanyl first came out. This some better dope my nigga, show me your vein now." Experience teaches the best lessons, keep your head up especially if you want to wear the crown, and stay woke and watch who tries to dap you up is the game Rome gives here.

It sounds like some nighttime, on the prowl shit with the beat on Destiny Child. Out to get it type shit, like you're born to do it, like it's your destiny or like you're Destiny, Child.

Blow 4 Blow (ft. Stove God Cooks x Benny The Butcher) is exactly what you'd expect from a star-studded lineup. This beat follows that dark sound of the previous track but sounds more like something for standing on the corner or roaming the streets on foot. The pictures painted by the emcees are more like visuals/clips of untold stories of returning blows, and working blow to blow.

There ain't nothing ugly about Ugly Balenciaga's. It's jazzy and classy and while Rome does show some of the ugly that he's done and comes from, it's beautiful. 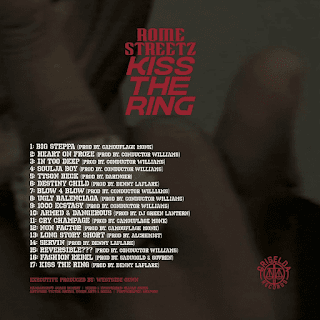 That looped beat certainly sounds like 1000 Ecstasy. Like a few tracks on this album, this one reminds me of tracks off of The Infamous by Mobb Deep. I'm just bobbin my head the whole time.

Armed & Dangerous (ft. Armani Caesar) is yin (Armed) and yang (Dangerous). The beat is warm and dream-like, and Rome x Armani complement each other very well. This is an expression of a tag team effort in two ways: On the mic and away from it.

Cry Champagne is the perfect title for this track because it's just luxurious. 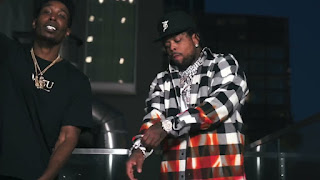 On Non Factor, I love how both emcees (ft. Westside Gunn) match the easy going beat here with their seemingly effortless but polished delivery. Easily one of my favorite tracks off of that synchronicity alone.

Long Story Short is the story of a young brother named Derrick who goes by Busy. This brother had promise with basketball, then a knee injury took it all away and he eventually turned to drugs to the point of addiction to oxycontin and dying on a fake pill. The other side of this story is from the pov of the man who sold Busy the pill, Jermaine. Jermaine's attitude was fuck it, it's the jungle so it's survival of the fittest. Jermaine had dreams of being an artist himself, but the law knocked at his door. Long story short, both of these brother's had so much potential and were out here balling trying to realize it but "sometimes the hood is undefeated it's mad hard to beat the odds."

Serving (ft. Boldy James) - I like how this beat is something I more so expect to hear Boldy flow on but Rome, roamed on it like it was any other beat on the whole damn album - and the beat is not exactly to foreign to him in the first place. Boldy roams as Boldy does over this similarly slow-roaming/creeping beat. Both of these brothas express how they serve the base, then and now..mothafucka.

That beat switch on Reversible? Sheesh. The 1st part of the beat was hard enough to get a niggas head bobbin but yoooooo, what the FUCK?! That continuous "Conductor, we have a problem." served as a build up before the eruption that was that beat switch.

Fashion Rebel sounds like something right out of the 90's (I can legit envision this as a music vid) without coming off as dated. While it sounds like something you listen to with anticipation for the next emcee to emcee, Rome bodies it solo no problem, and adds a slightly different touch with each verse.

The self-titled track is the closer as it should be. I love how this brotha is his most in-your-face and fuck-you on the outro - again, fittingly (although I fw that in an intro as well). 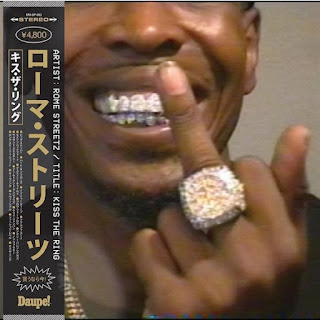 Kiss the ring is right my nigga because DAMN. Perfect title. Rome himself said that this album was his rawest self, and I certainly feel like this is his magnum opus for now at least. The baseball fiend and wrestling fan in me will forever appreciate the references dropped, which I've come to expect from Griselda. Stream this 2022 (personal) AOTY contender below!