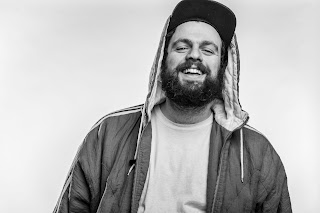 Chicago rapper/singer Rich Jones celebrated the one-year anniversary of his VEGAS EP with a new video for the project's opening cut.

"Out West" is the second video from the four-track EP, which was entirely produced by Ryan Lofty. The clip was directed by Peter Collins Campbell, who has worked with artists including Chance The Rapper, Noname, Vic Mensa, Nico Segal and Towkio.

"We did the video on a very low budget, using just Peter and a handheld camera. We decided to take the concept of the song ‘Out West’, which gets into the adventure of an impromptu trip to the West US, and do it ourselves. The video shows Rich traveling all the way from Chicago to Las Vegas, with many beautiful backgrounds and landscapes changing behind him. The entire trip to Vegas and back was completed in 5 days, an exhausting adventure that we think resulted in a beautiful music video."

The multi-talented rapper has a big 2018 planned with several projects in the works, including a collaborative release with producer/guitarist Walkingshoe.