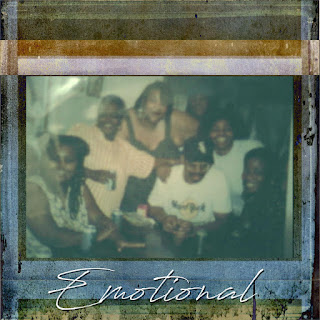 When San Jose's ZIGGY dropped his banger "DFW" last month, we were hyped on the the track's bouncy, commercially friendly, hit-bound aesthetic. But with his most recent drop "Emotional," ZIGGY has us even more excited for the future of San Jose's buzzing rap scene: with a slowed down, jazzy, boom-bap inspired feel, "Emotional" proves again that Bay Area rap can't be pigeonholed into one sound or movement.

As the first single off the upcoming album, KHAKIS, which is produced entirely by KRIKIT BOI, "Emotional'" shows a whole new side of ZIGGY. The two San Jose natives show a lot of chemistry on the 9-track project, and "EMOTIONAL" is a prime example of what to expect. KHAKIS is set to drop April 6th on all digital outlets via EMPIRE, and ZIGGY will also appear on J. Stalin's Avatar LP which drops on March 23rd, and on Philthy Rich's upcoming NERNL 4 project which drops on May 25th.

Buy/Stream EMOTIONAL on all outlets