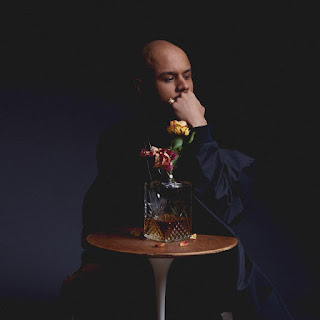 Back in February, Chicago-based alternative R&B artist Apache Grosse released a stunning set of visuals for his debut single, "Brooklyn Girl," and his second official single continues his commitment to cinematic songwriting.

As with "Brooklyn Girl," Grosse's sophomore release, "Poison," is centered around a narrative. The song – produced by Apache Grosse along with Salvator Cordova, John Hall, John Marino – follows a story of a couple dealing with substance abuse.

"Apache is, at his core, a story teller and ‘Poison’ is a cautionary tale built from experience. He uses the production and vocal effects to accent lines and drive home the chorus, creating a song that works as a deeper listen in headphones or a communal listen in the club. It’s a big beat, driving head first into the punching line ‘Baby want to go fast.’ The track showcases Apache’s powerful voice, while allowing him to hit more delicate notes to punctuate the song’s harsh undertones. "


In addition to his strong storytelling skills, Apache Grosse flexes his vocal abilities on "Poison." To learn more about Apache Grosse check out our in-depth Q&A with him here.