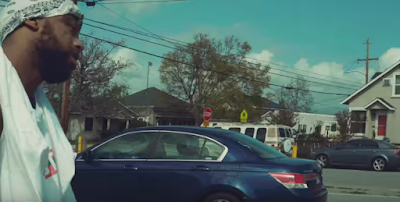 With his release of the entirely Krikrit Boi produced project "Khakis" earlier this month, San Jose based rapper/songwriter ZIGGY is better positioned than ever to break out of the Bay Area Rap scene as the region's next nationally recognized star. And on the single "Emotional," ZIGGY proves that he's far from a one-dimensional, Bay Rap tribute paying hyphy artist or commercially viable future Billboard darling.

When we premiered "Emotional" we were blown away by the track's depth and subtle complexity, both musically with Krikrit Boi's masterful production and lyrically with ZIGGY's smooth nuanced lyricism. And the video treatment for the single adds another layer of melancholy and depth, showcasing a very different side of San Jose and ZIGGY from the glamorous celebratory vibes we caught on "DFW." Give "Emotional" a few spins, and dive into the rest of "Khakis," and you'll see why our money's on ZIGGY to put San Jose hip-hop on the map.